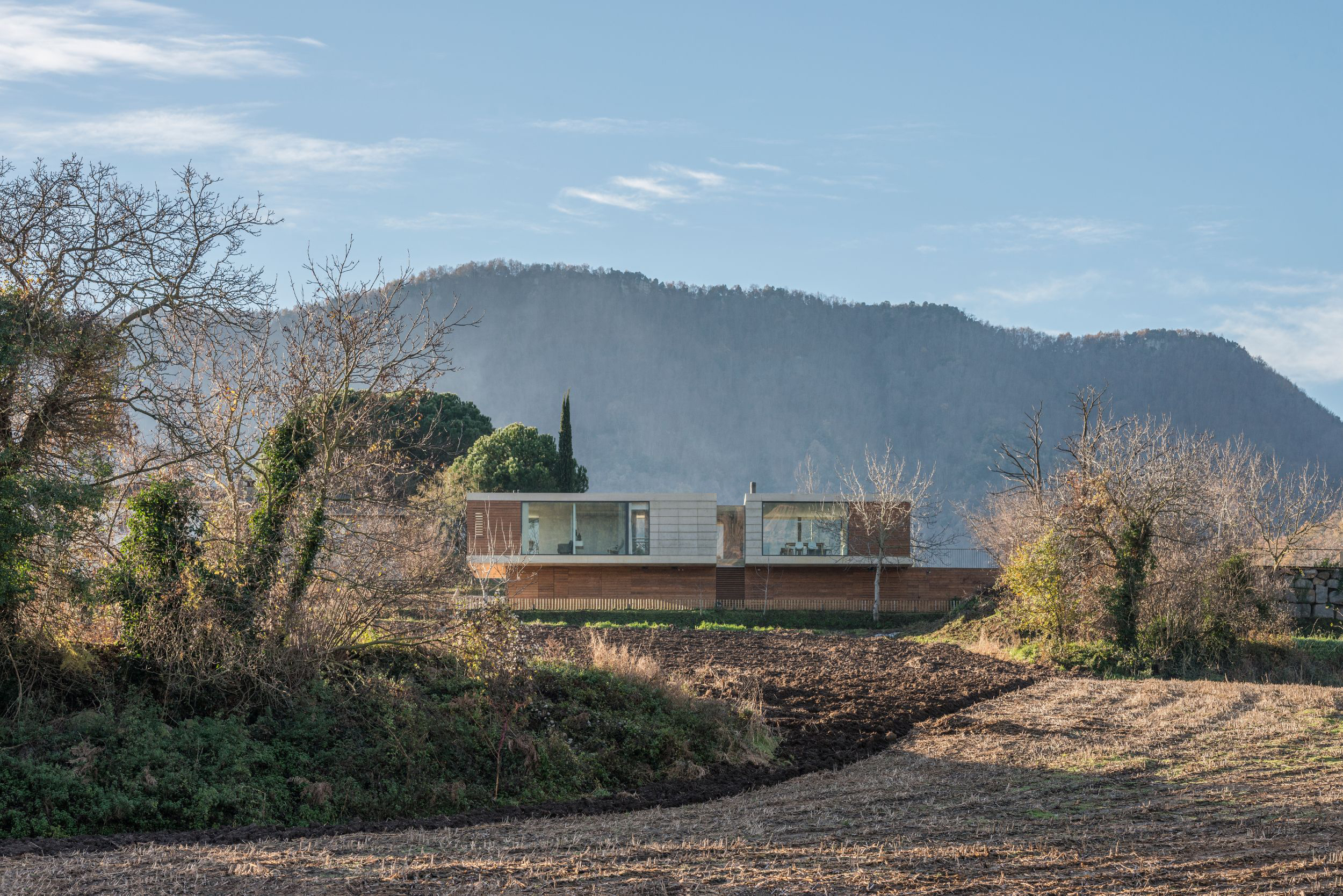 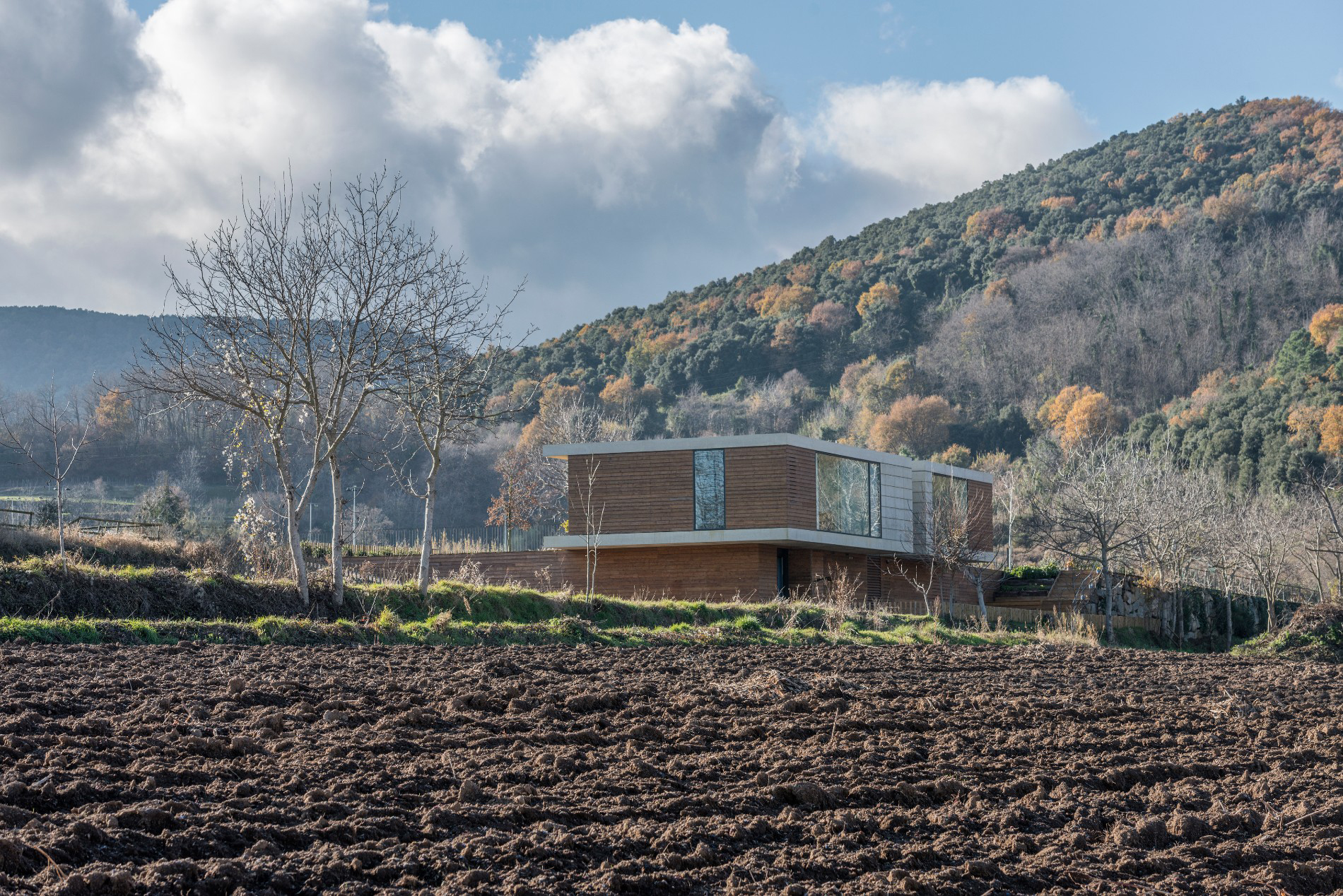 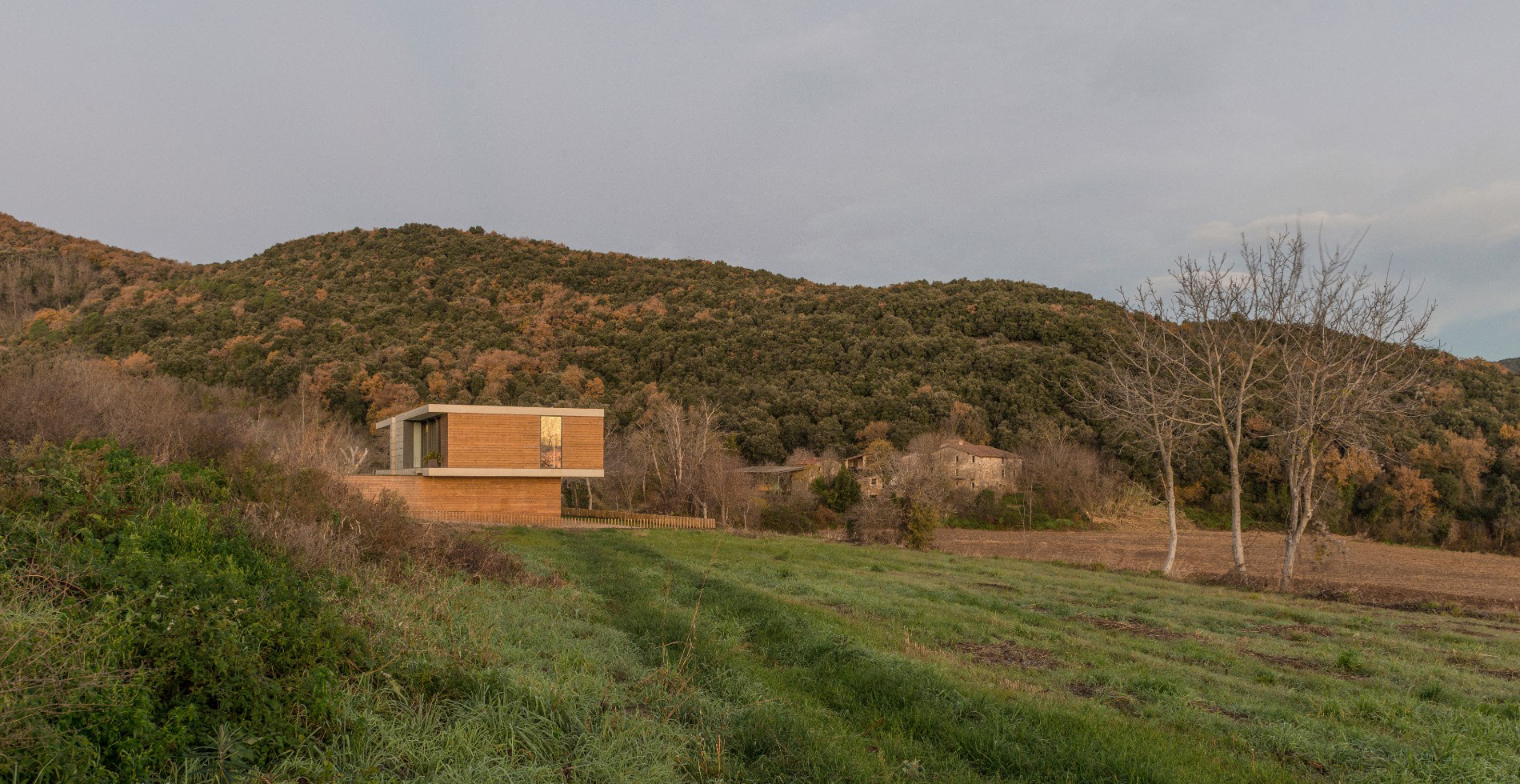 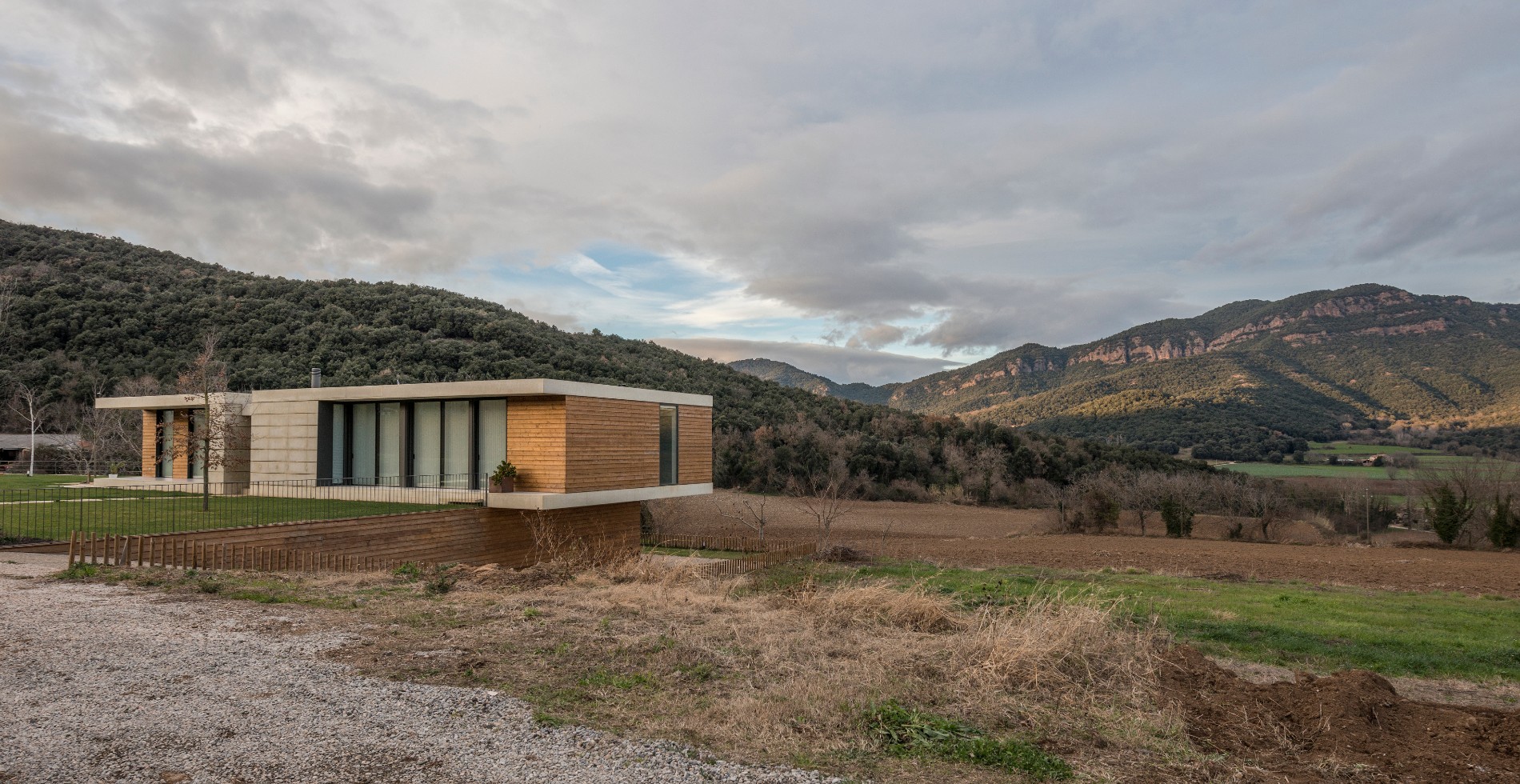 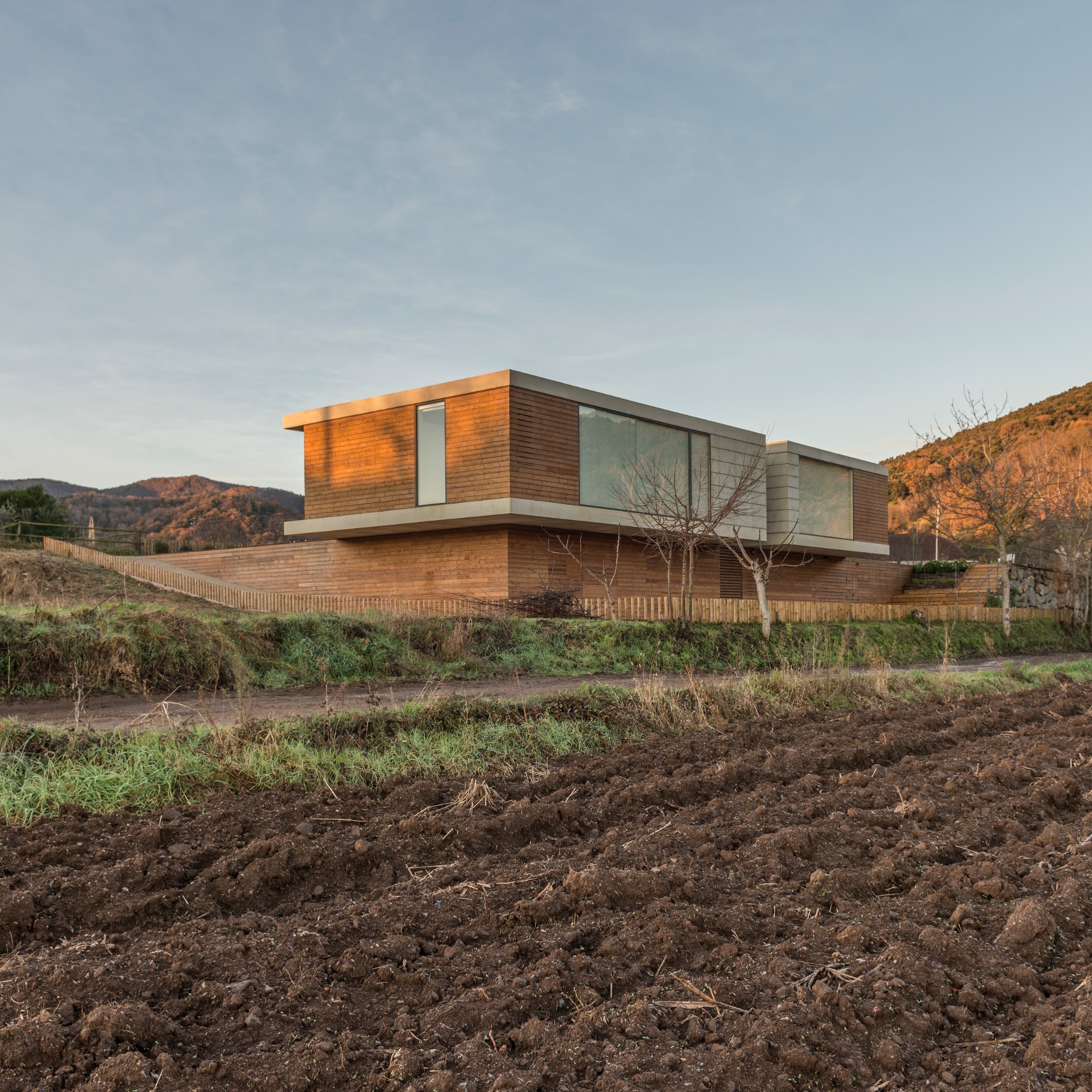 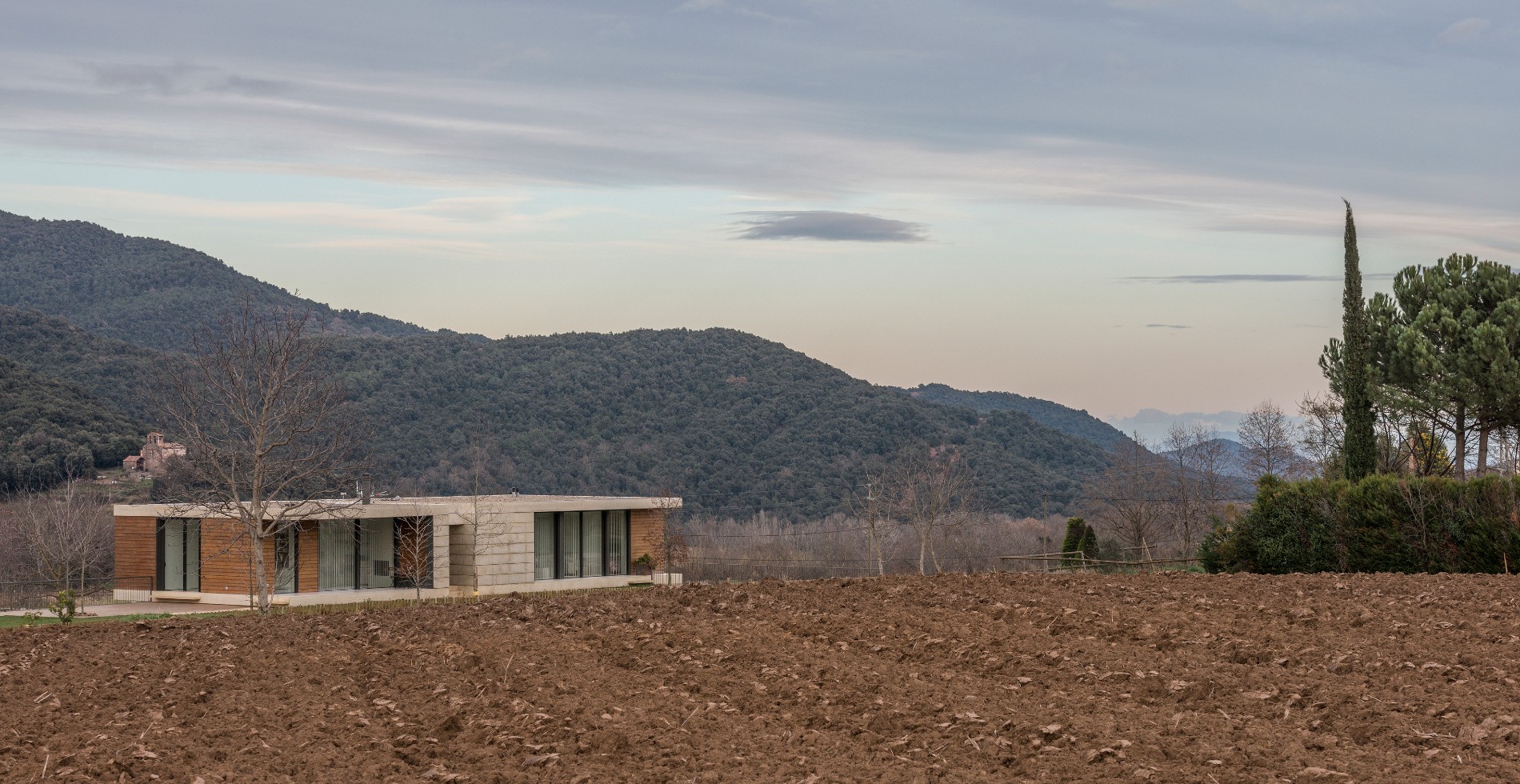 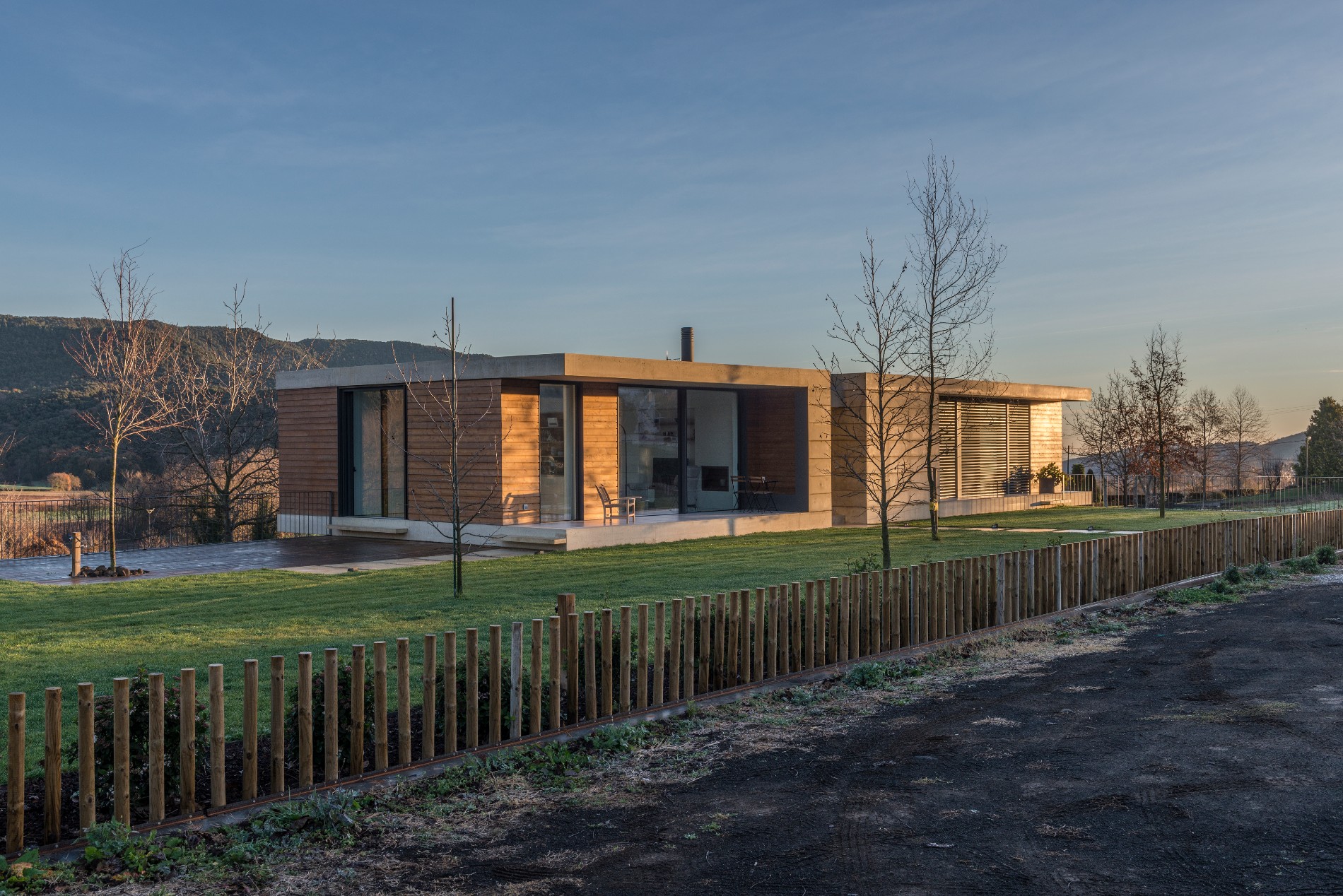 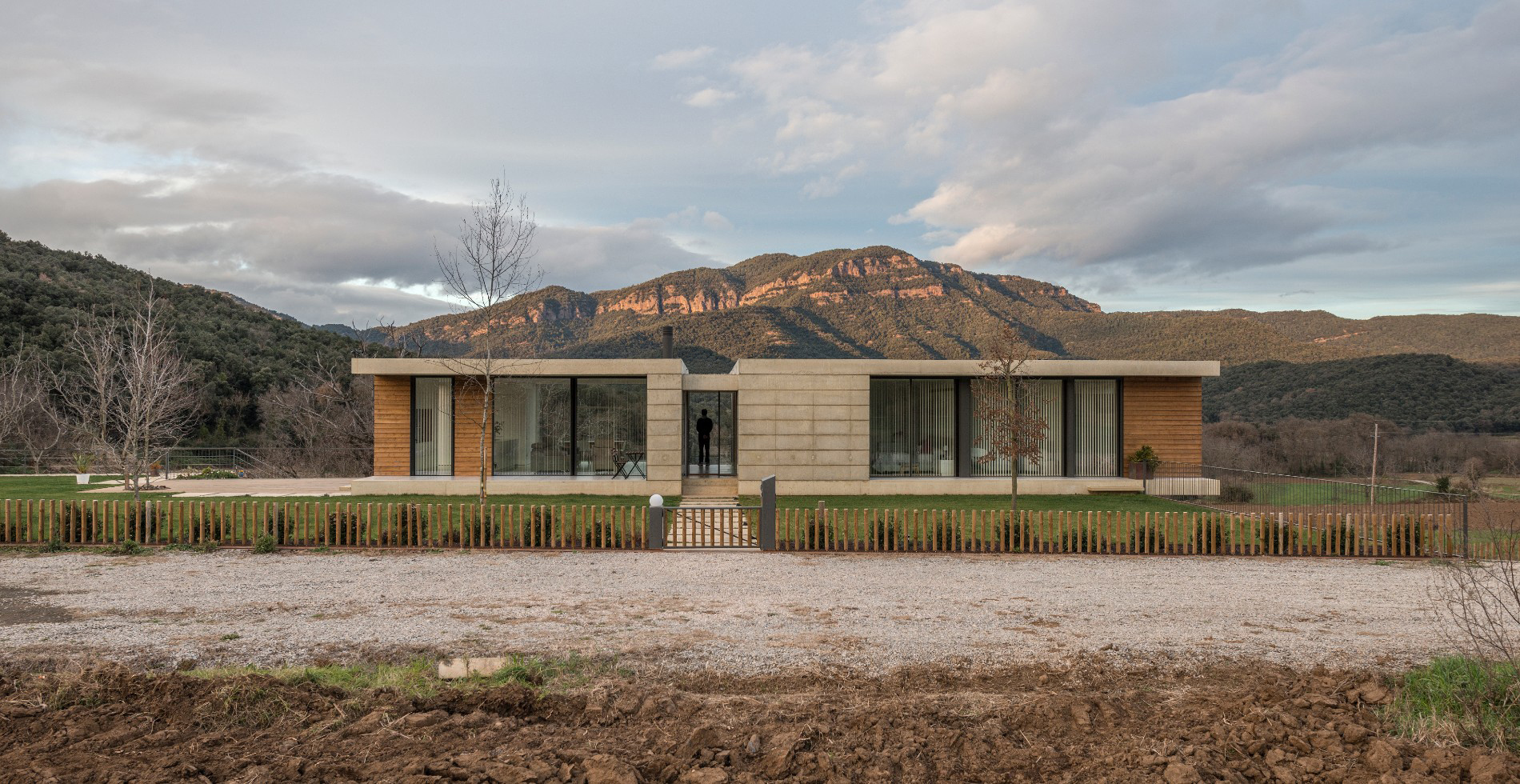 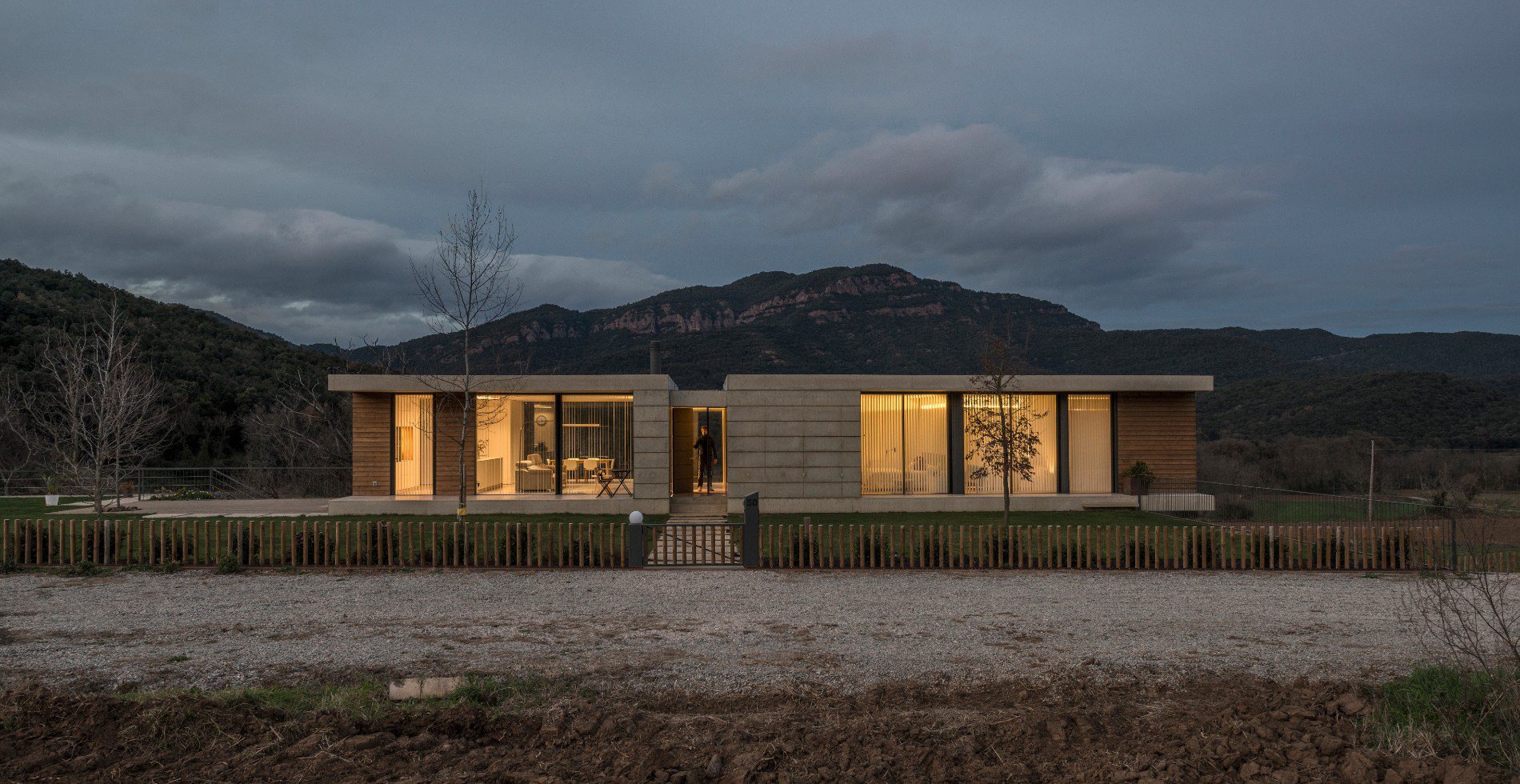 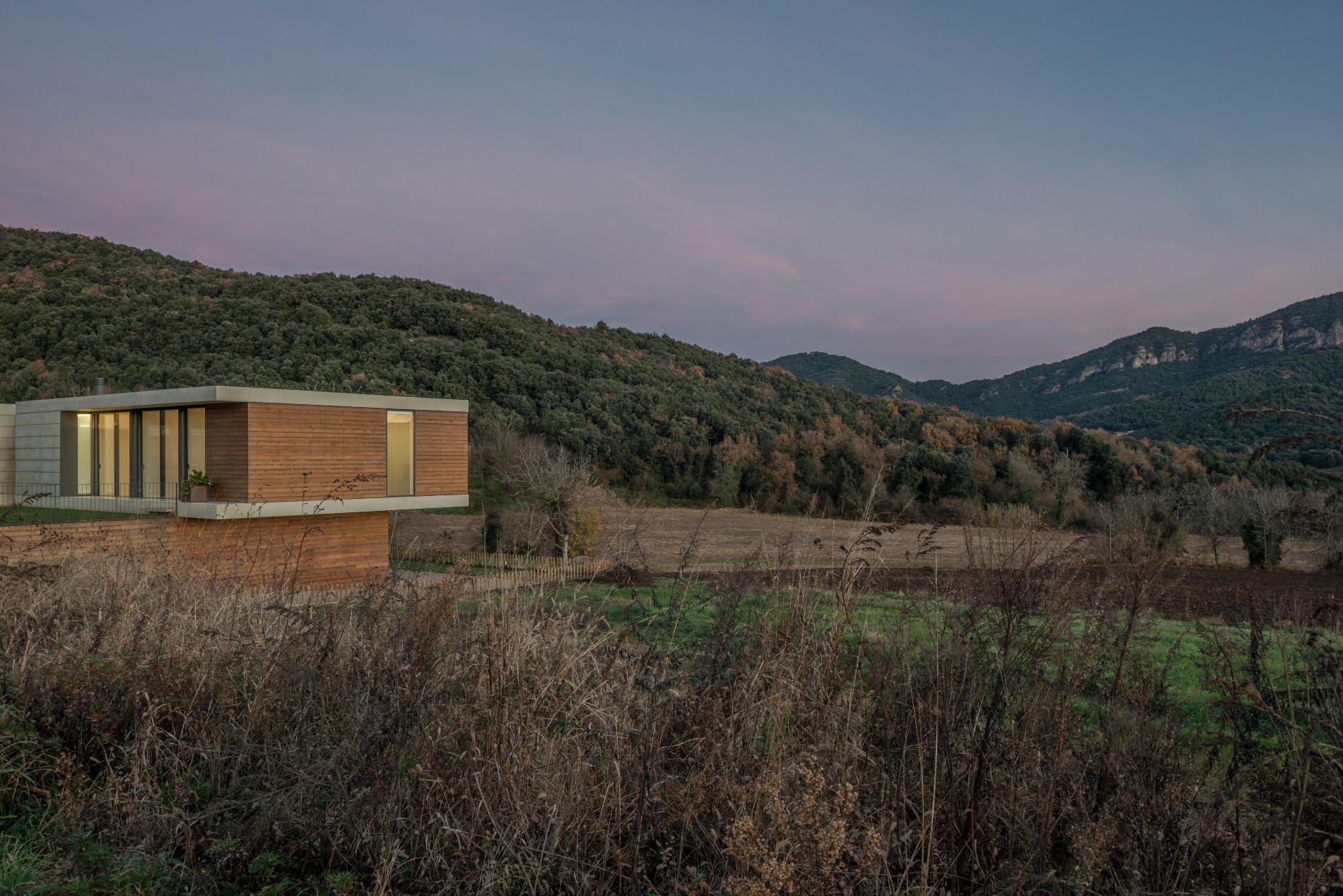 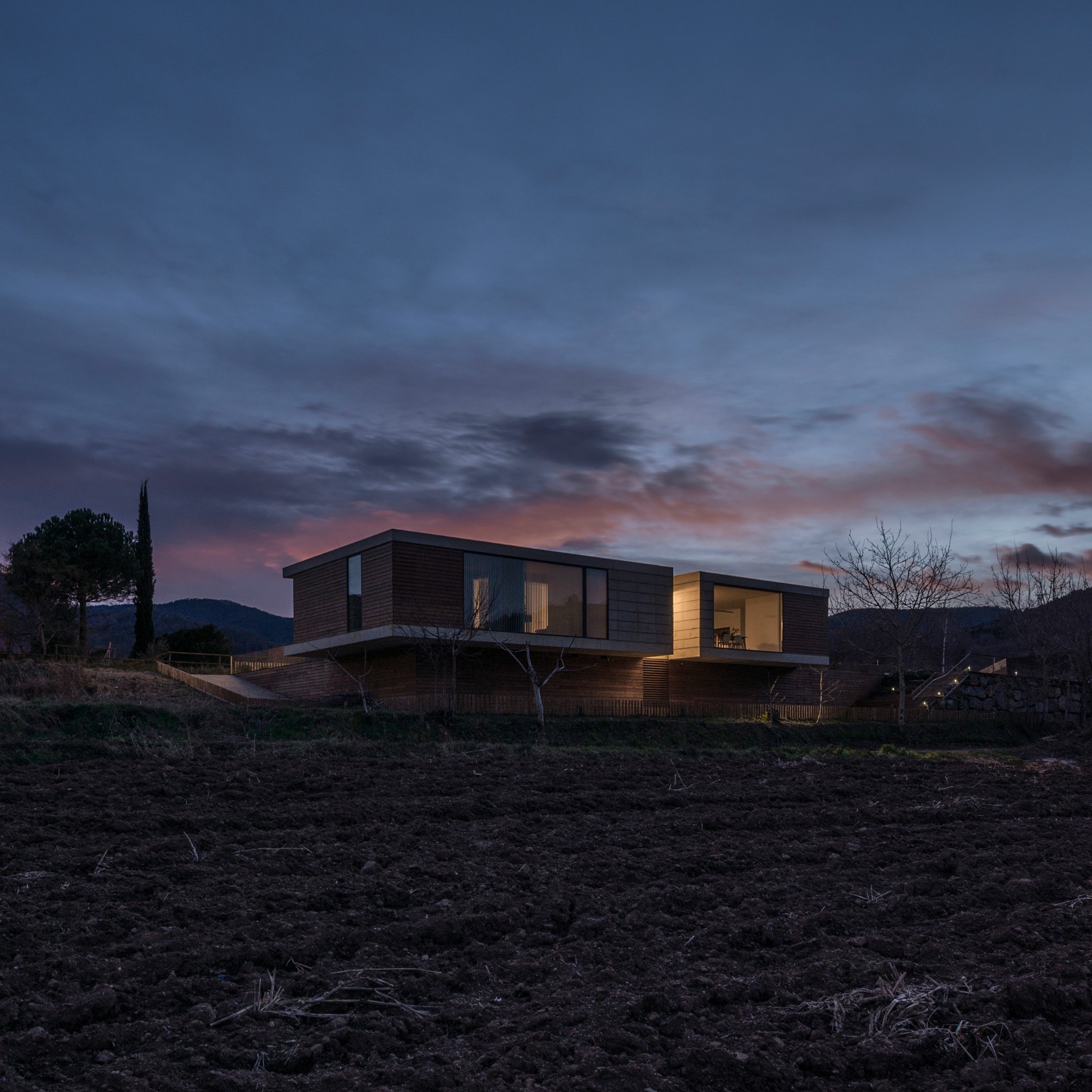 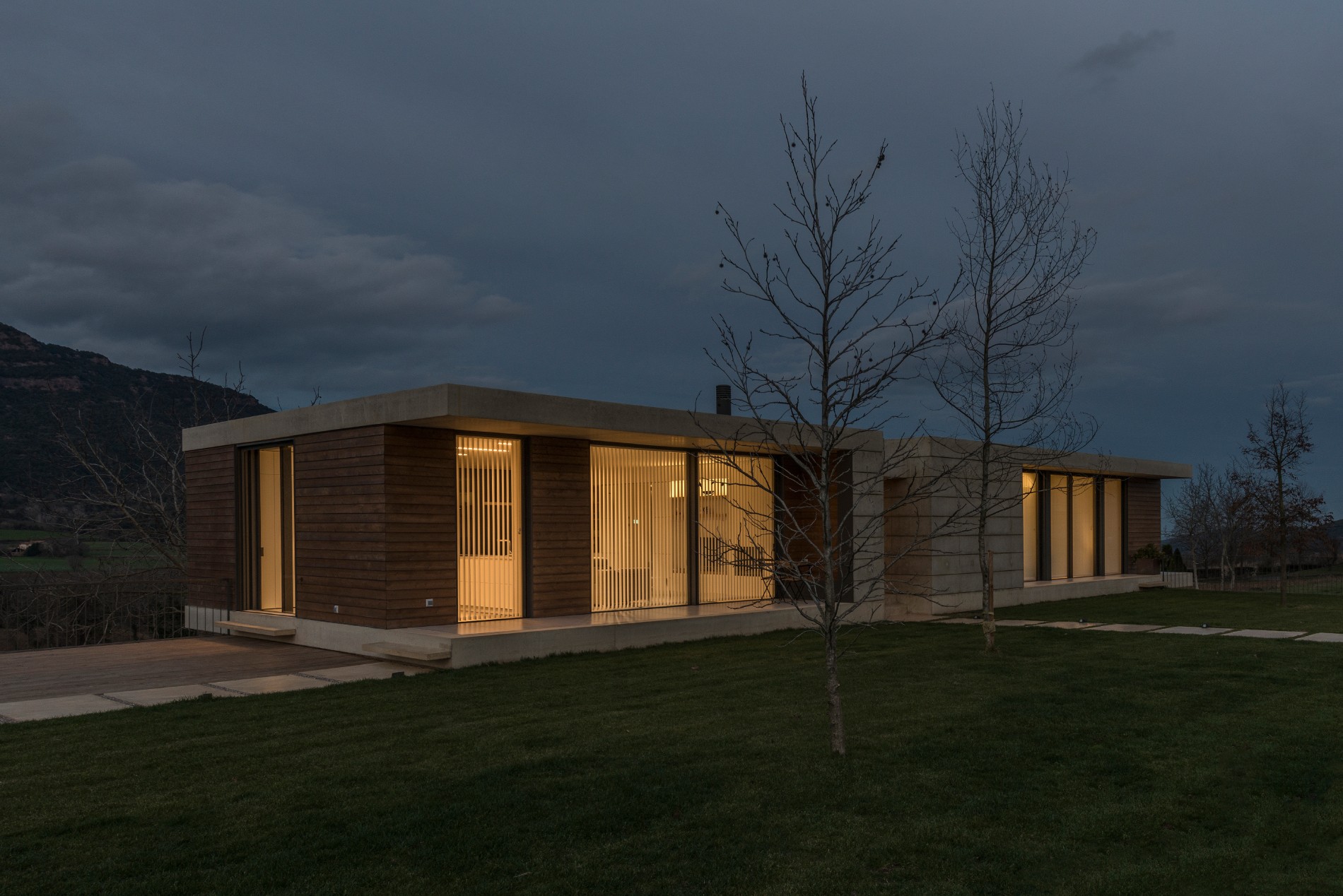 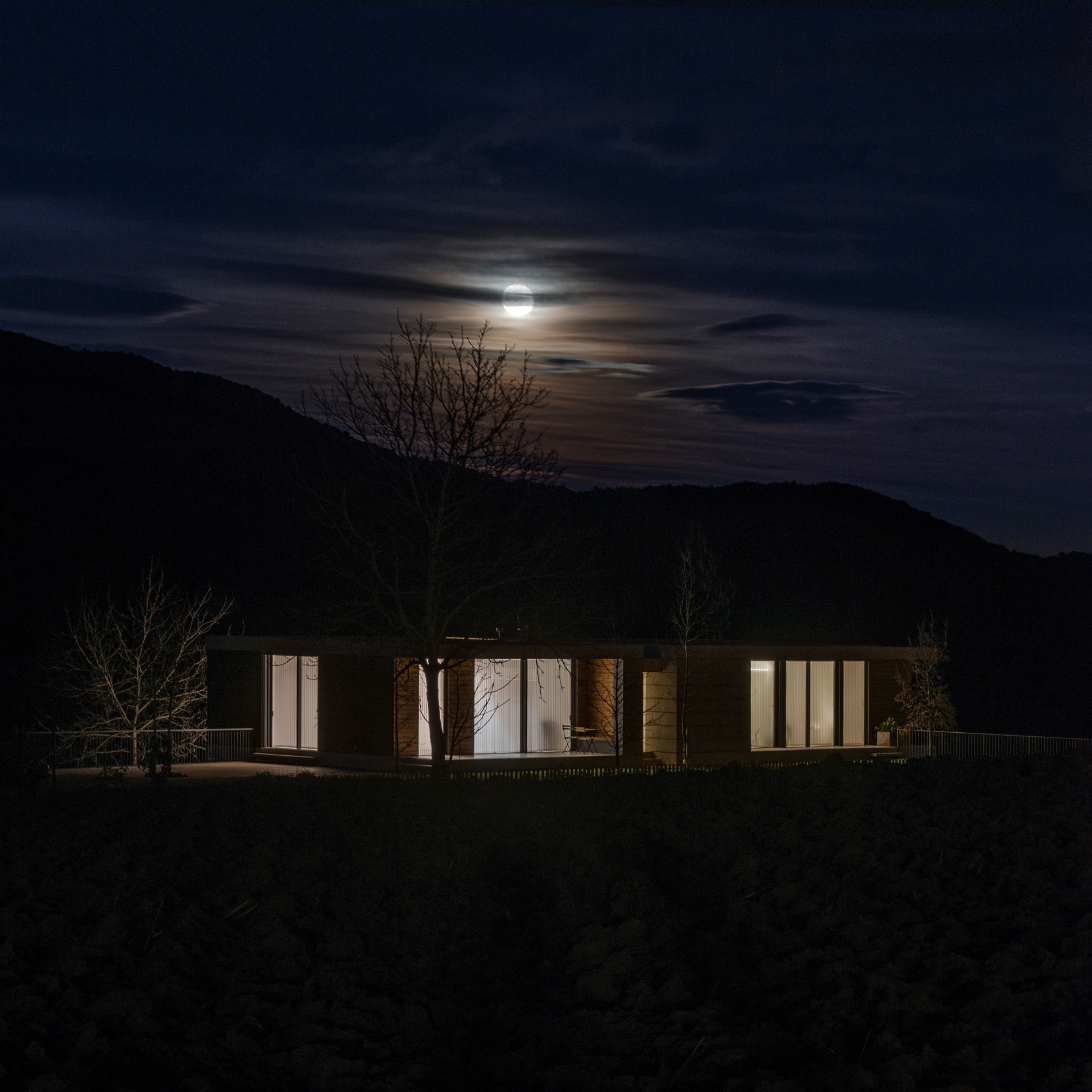 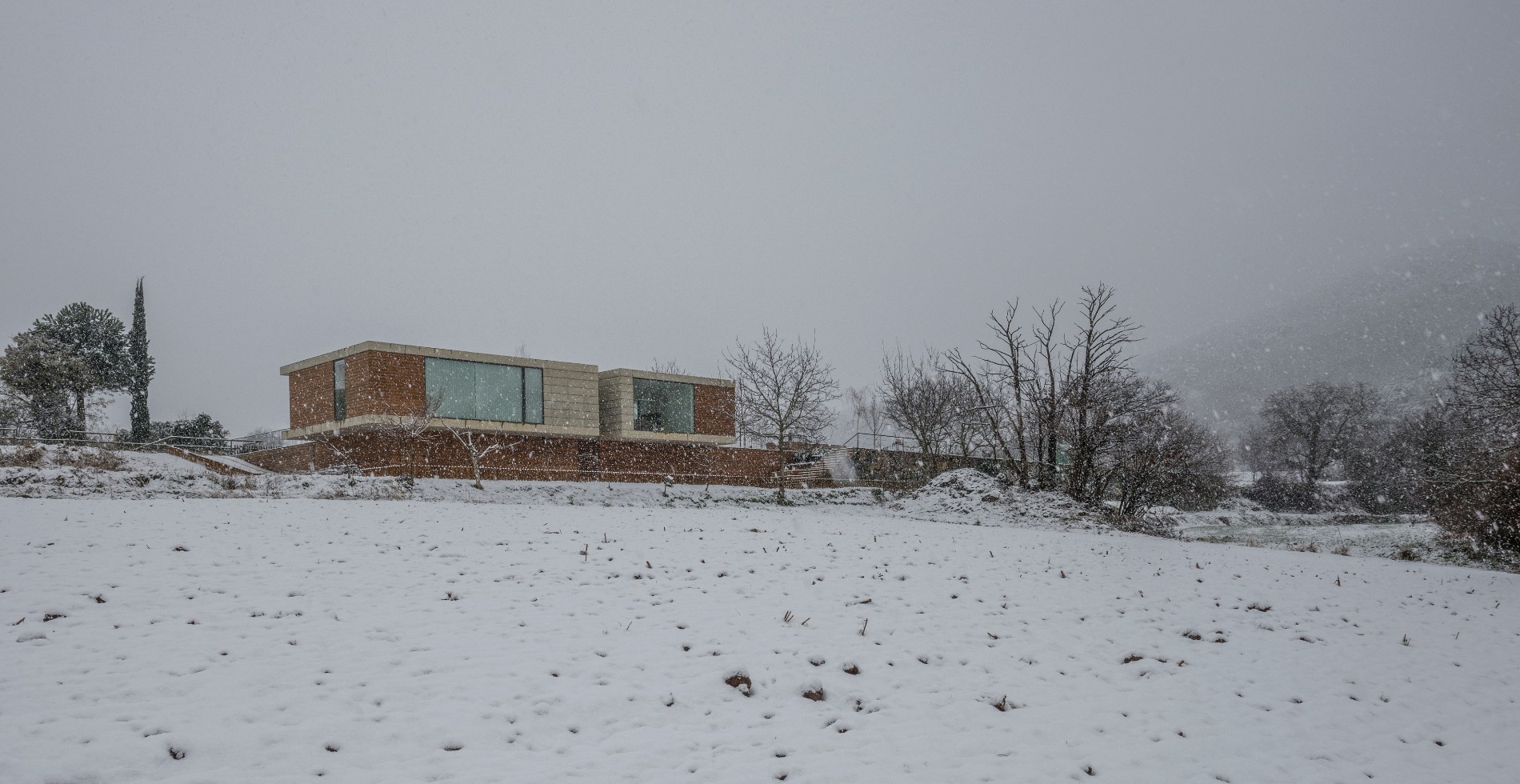 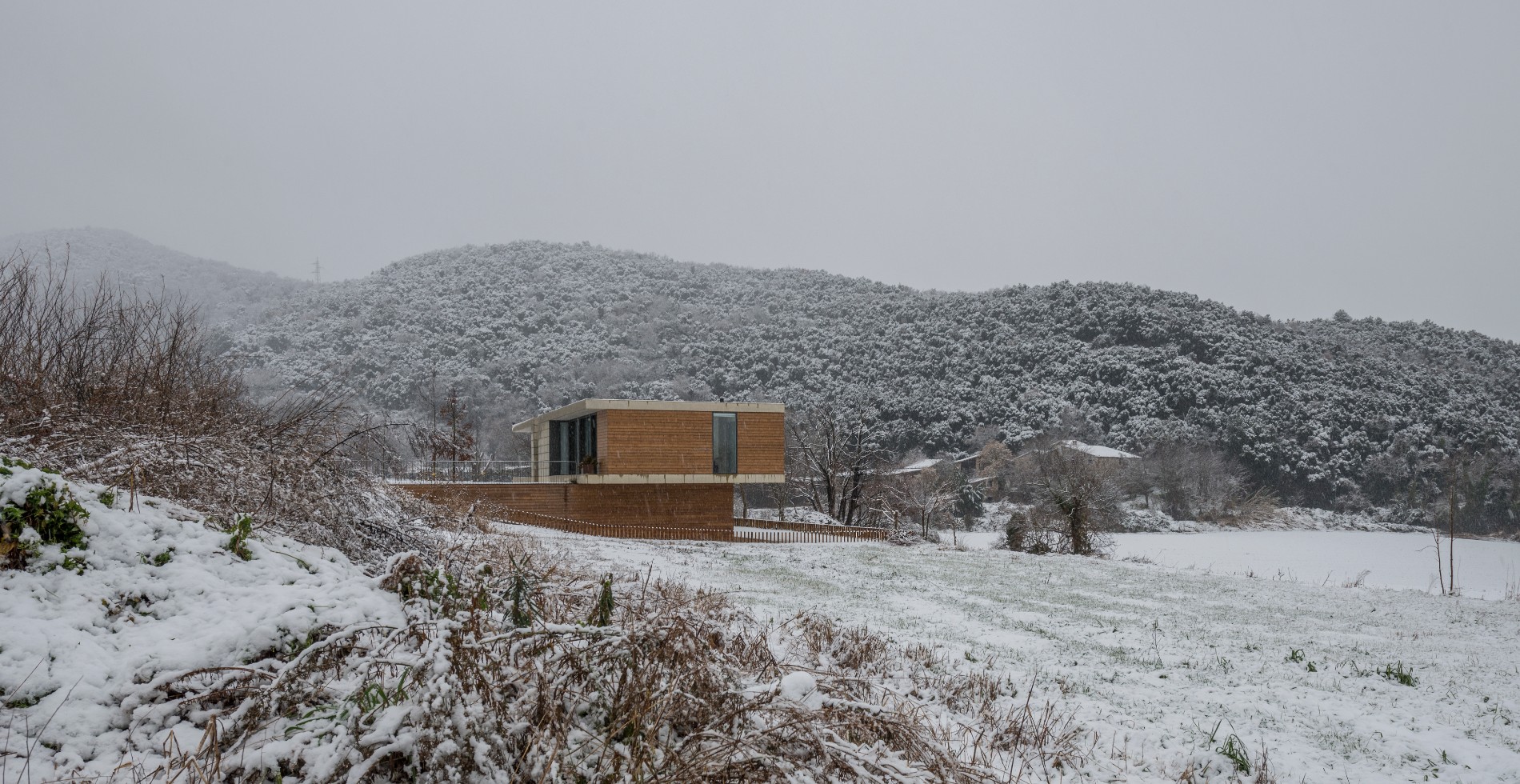 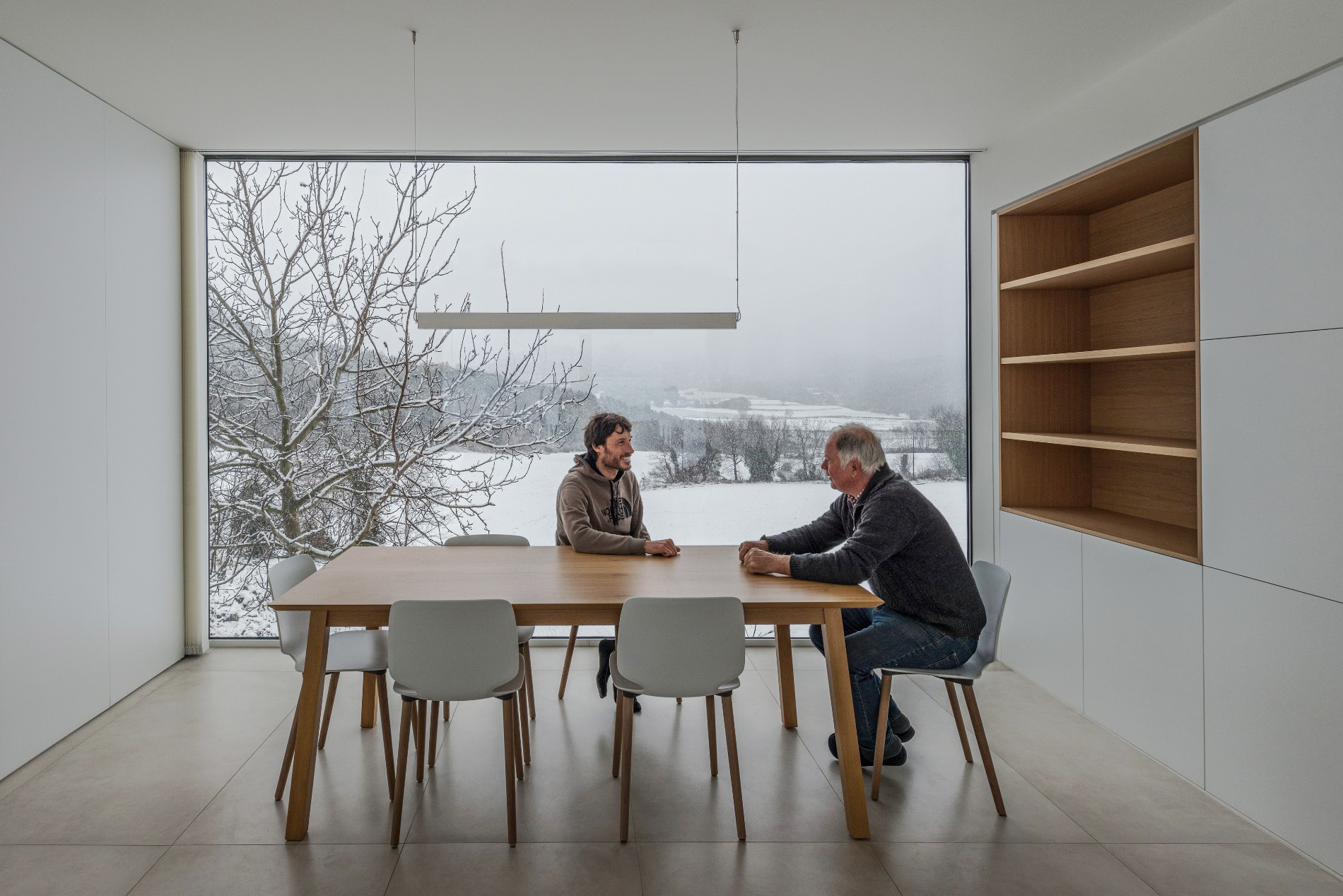 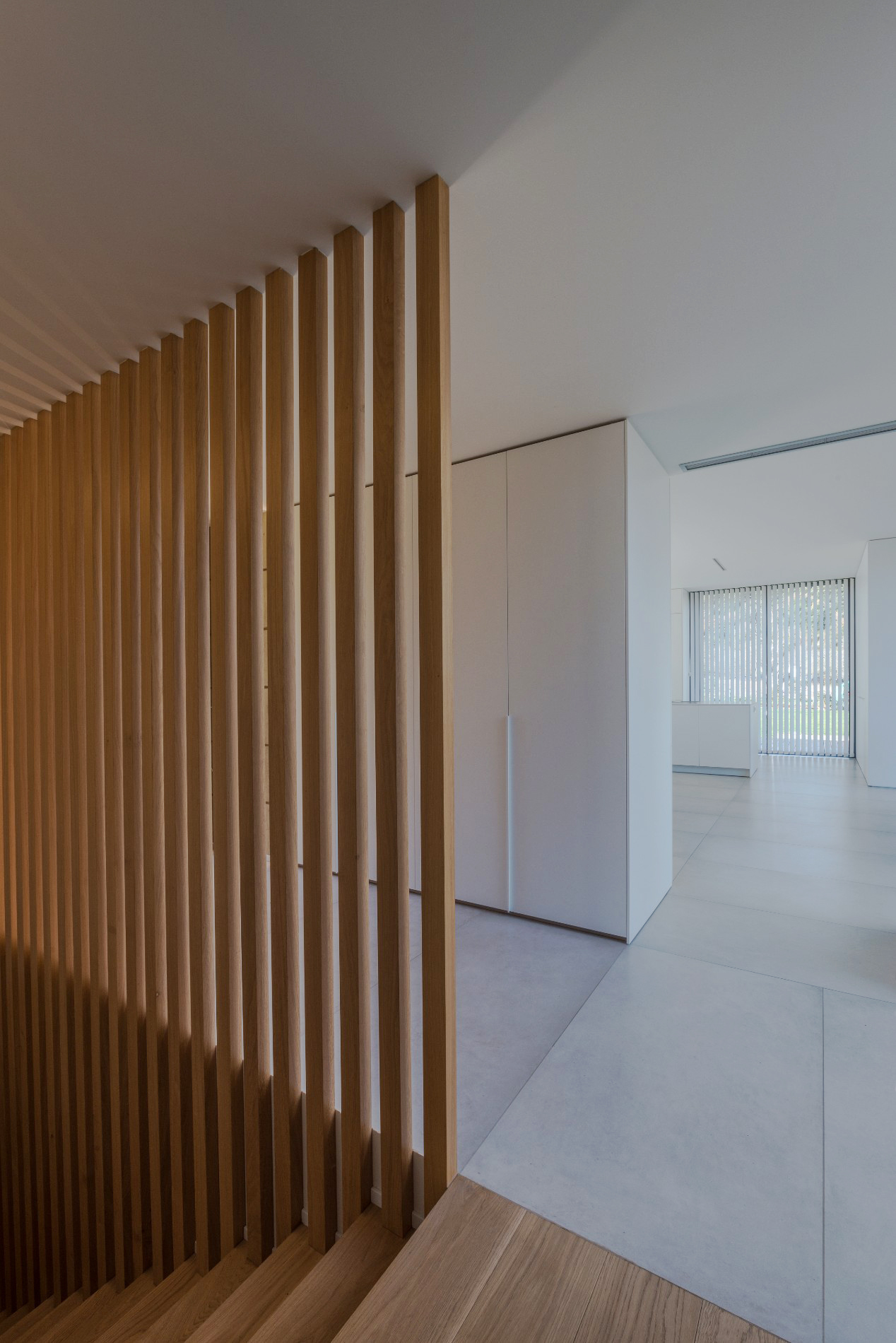 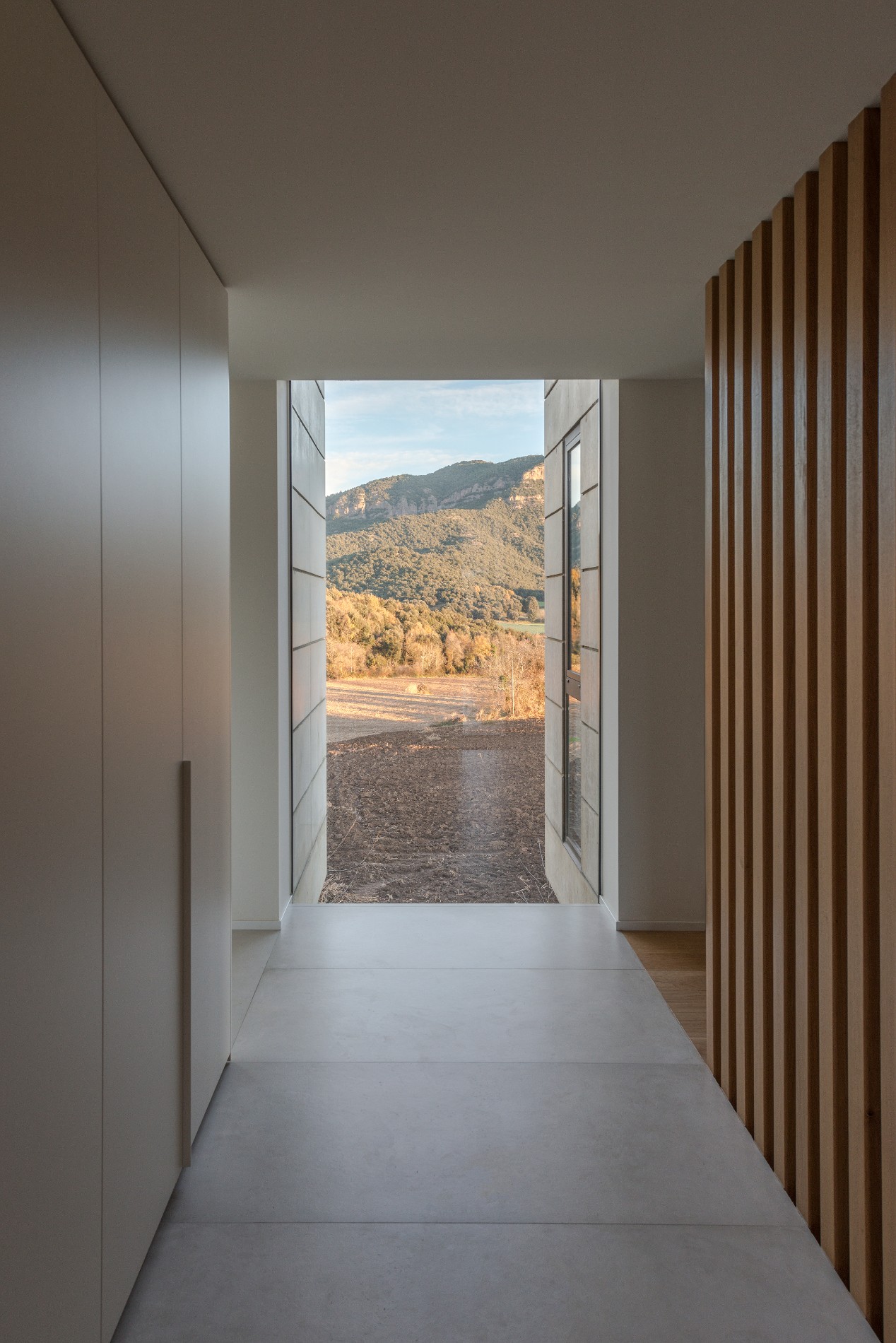 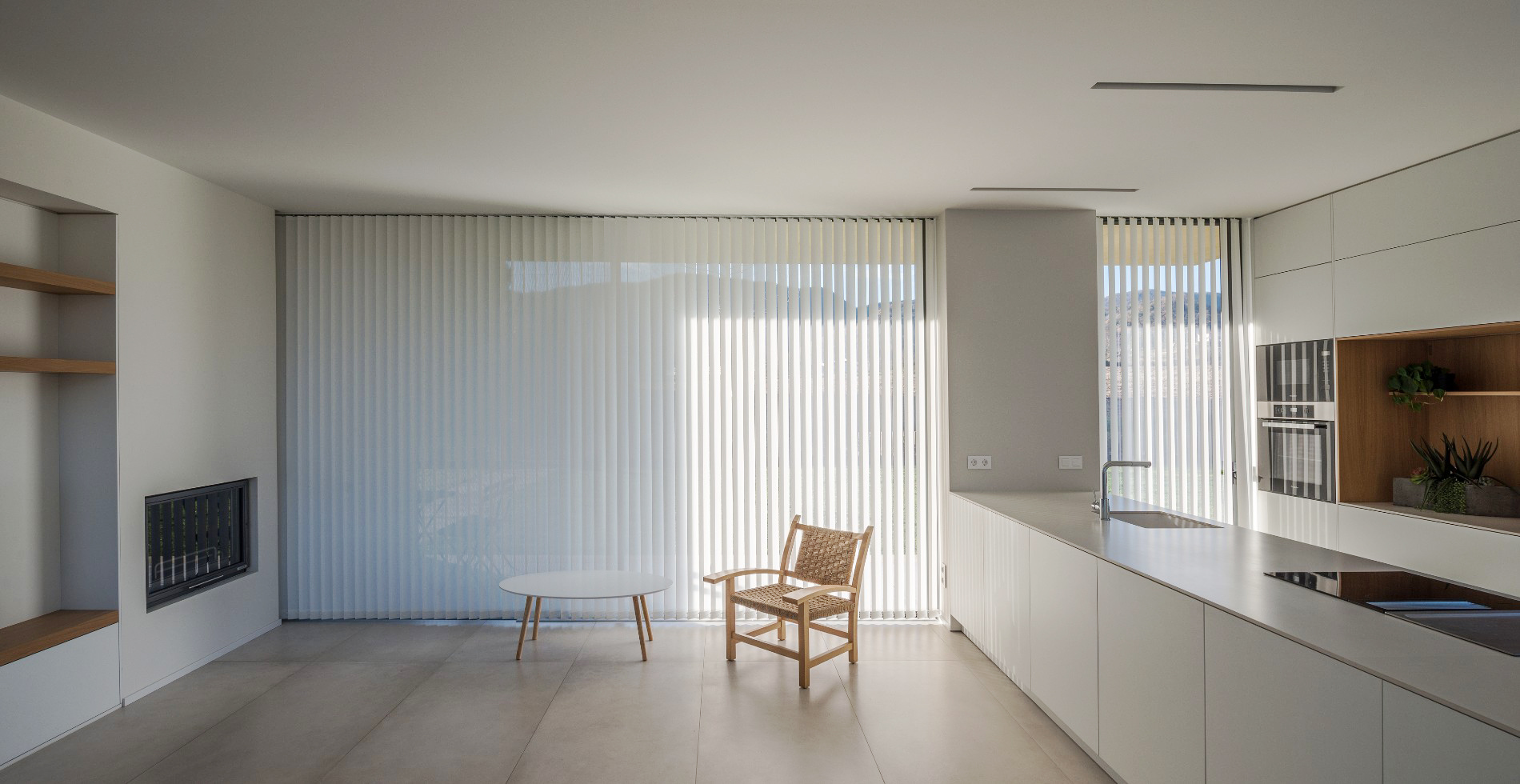 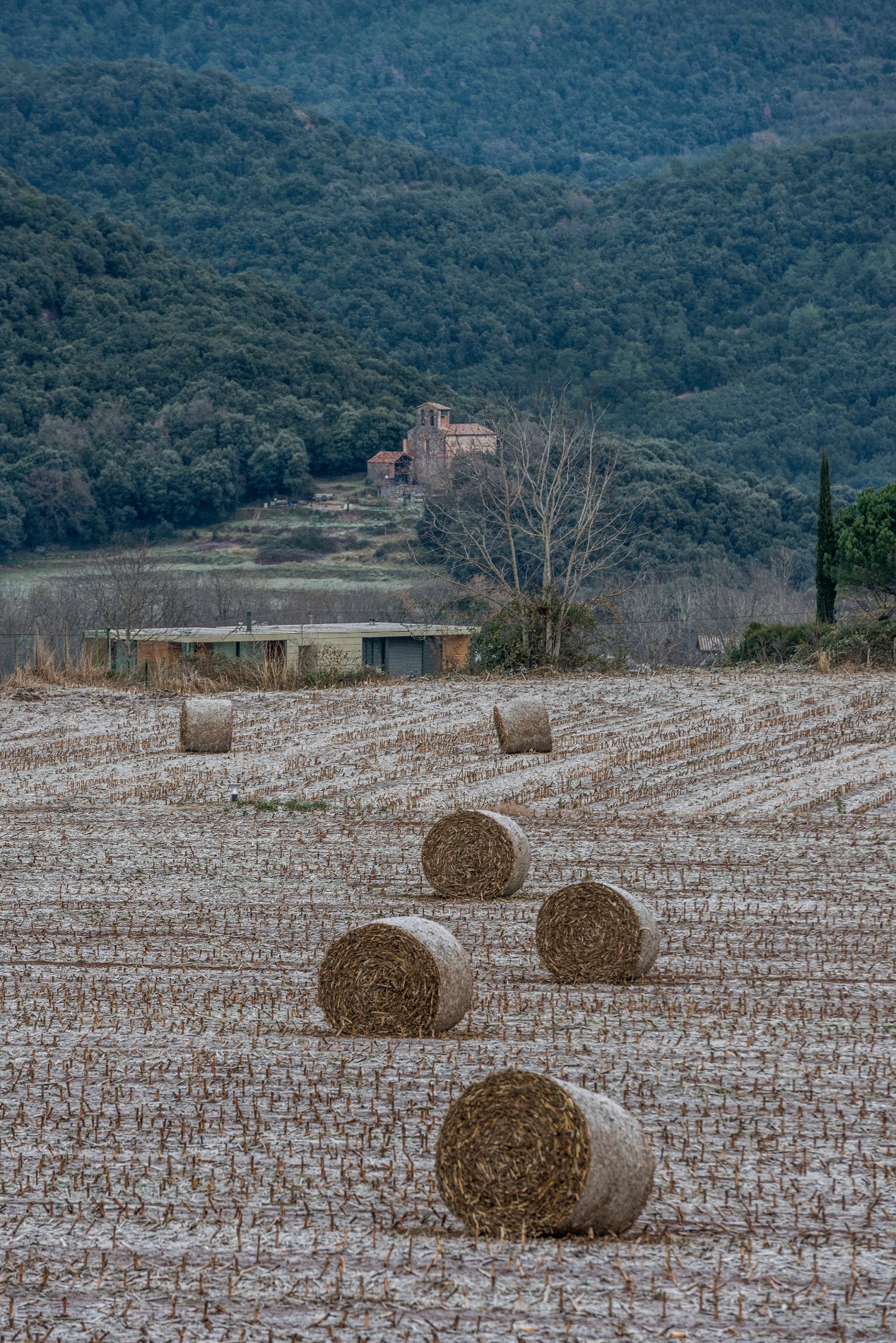 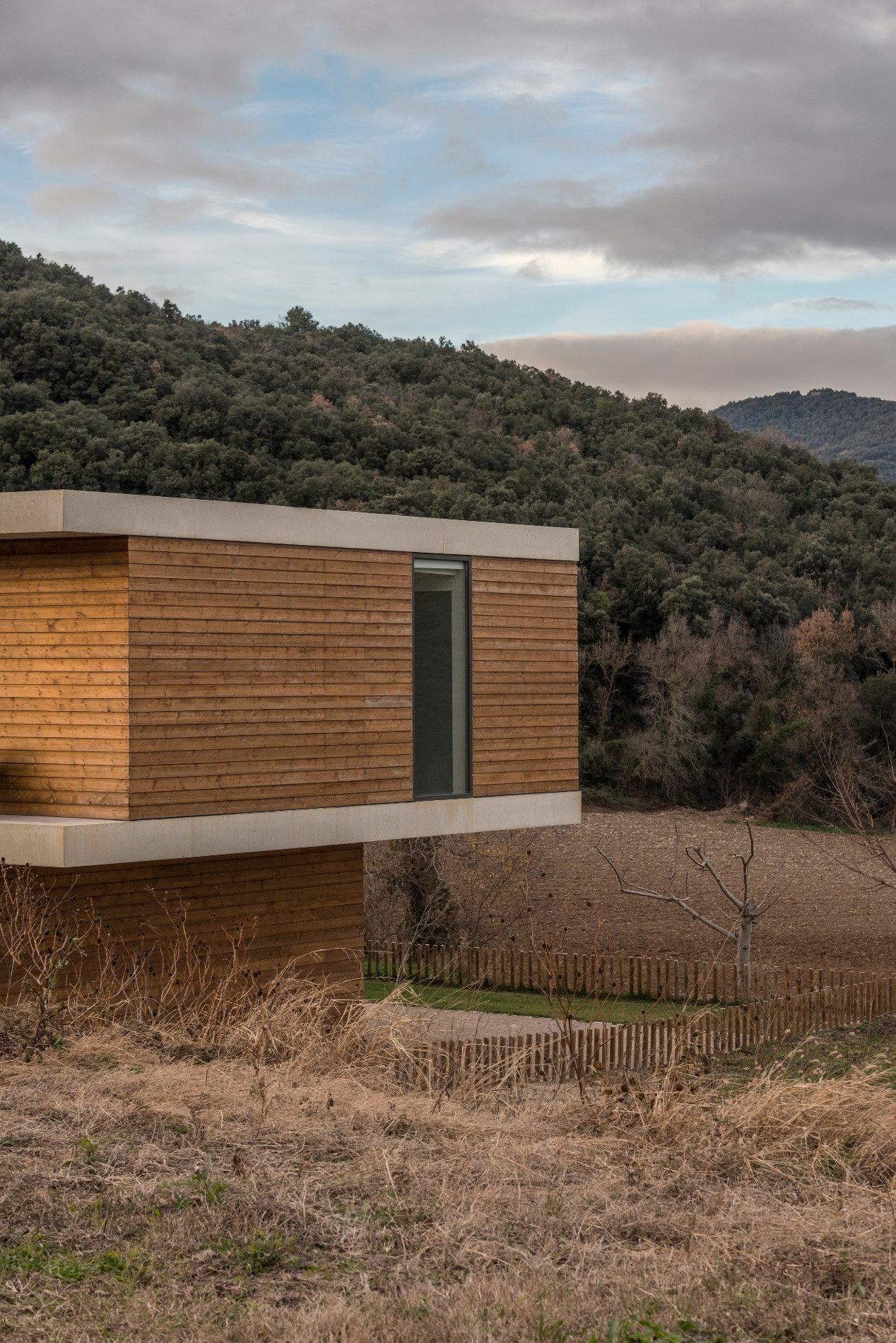 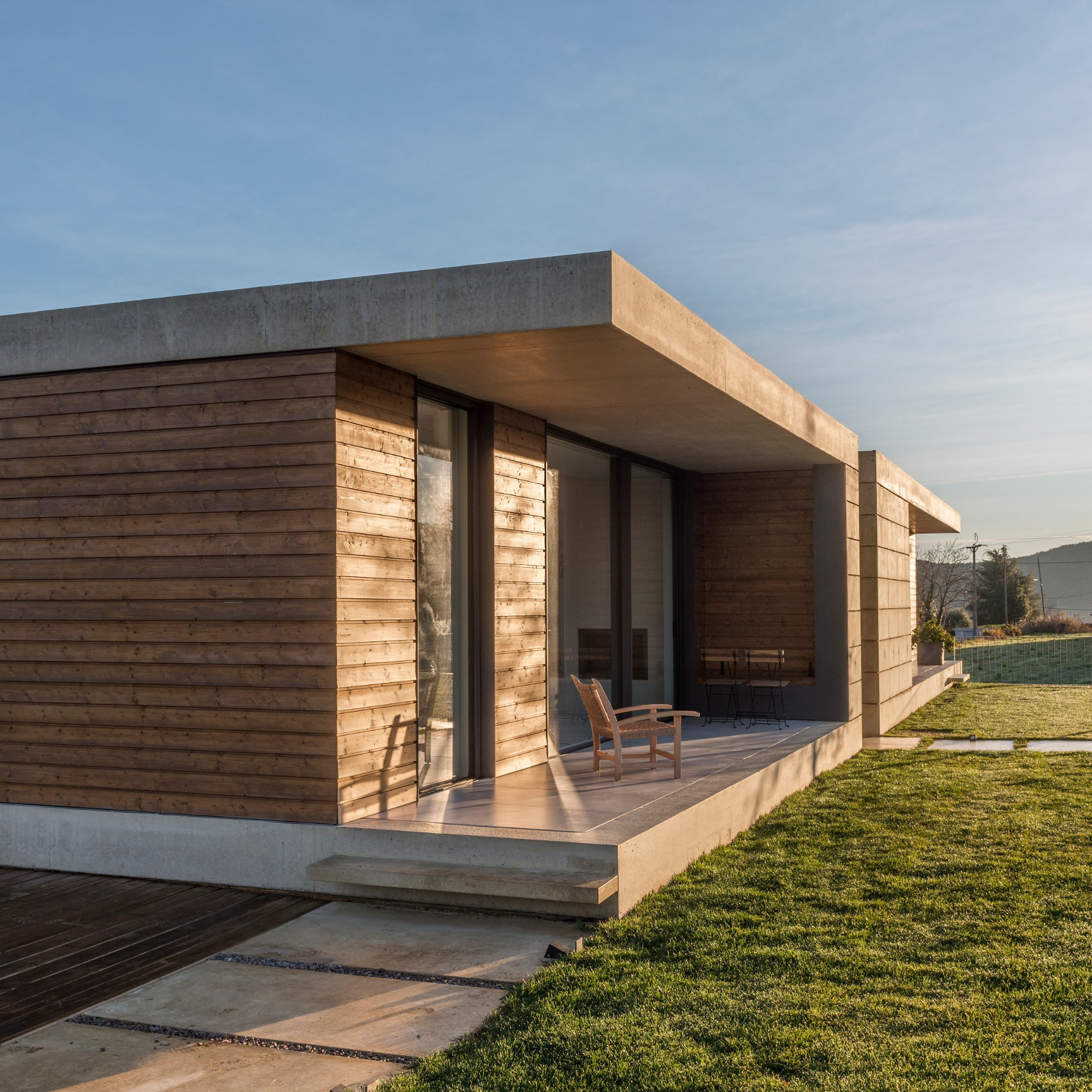 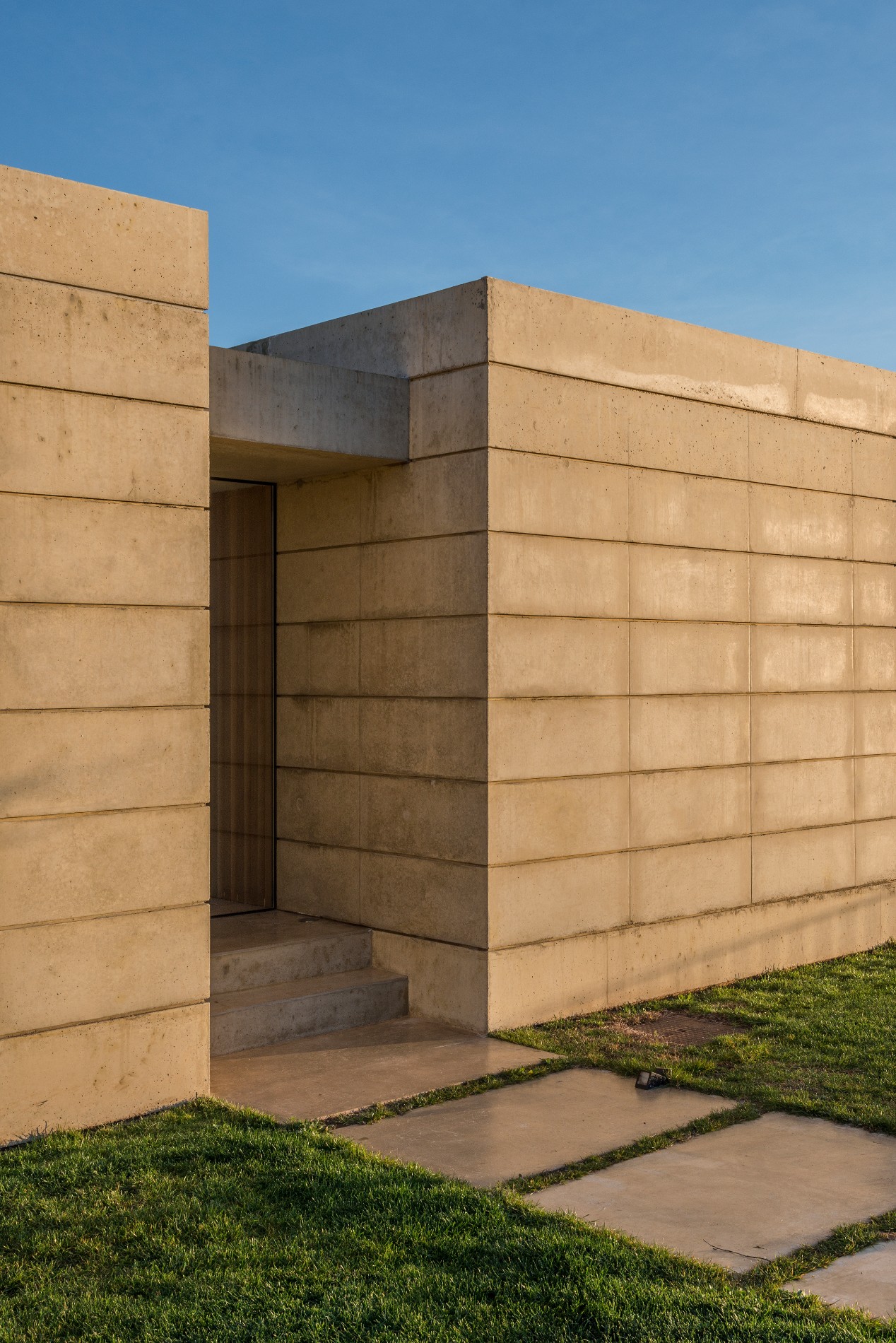 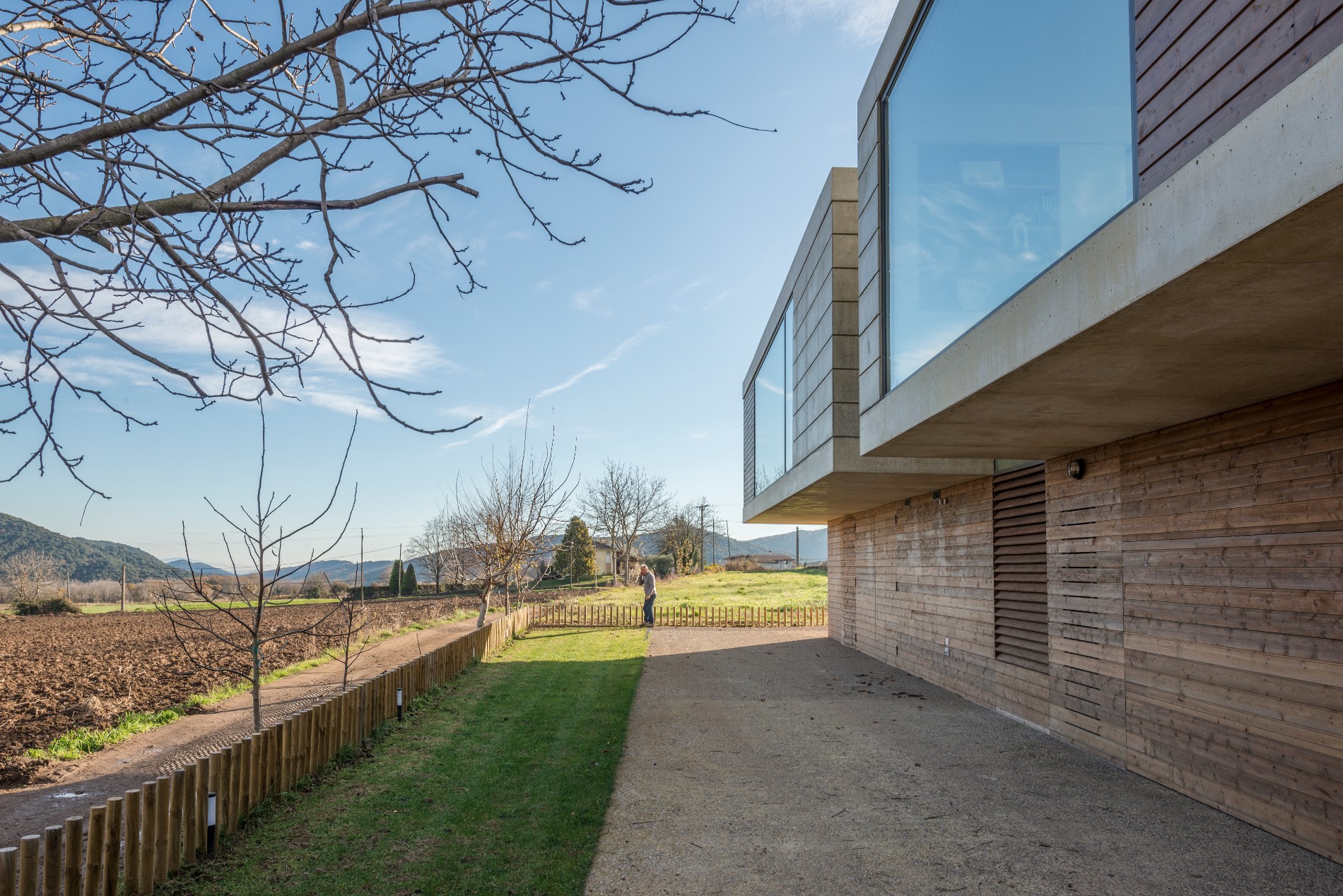 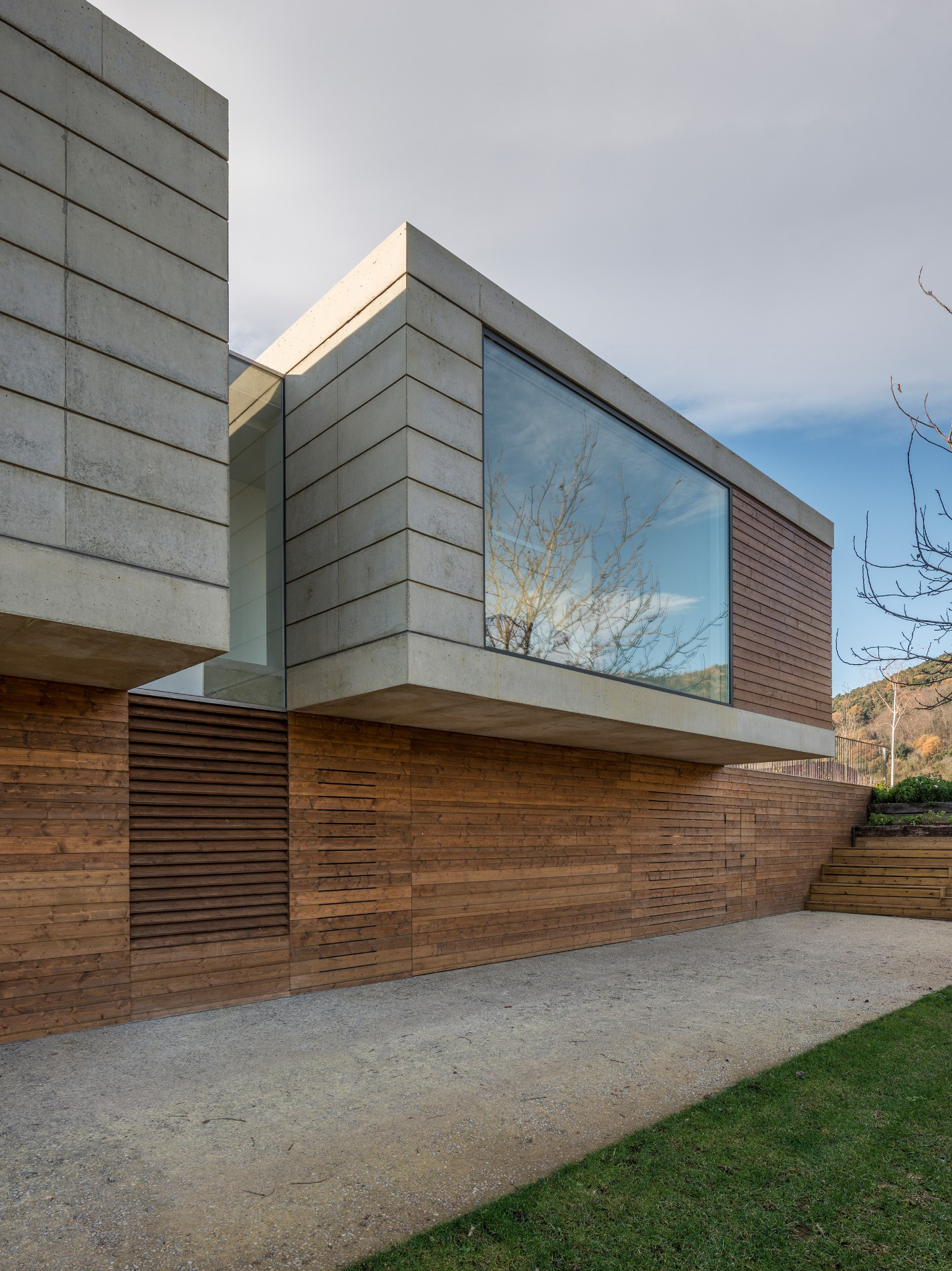 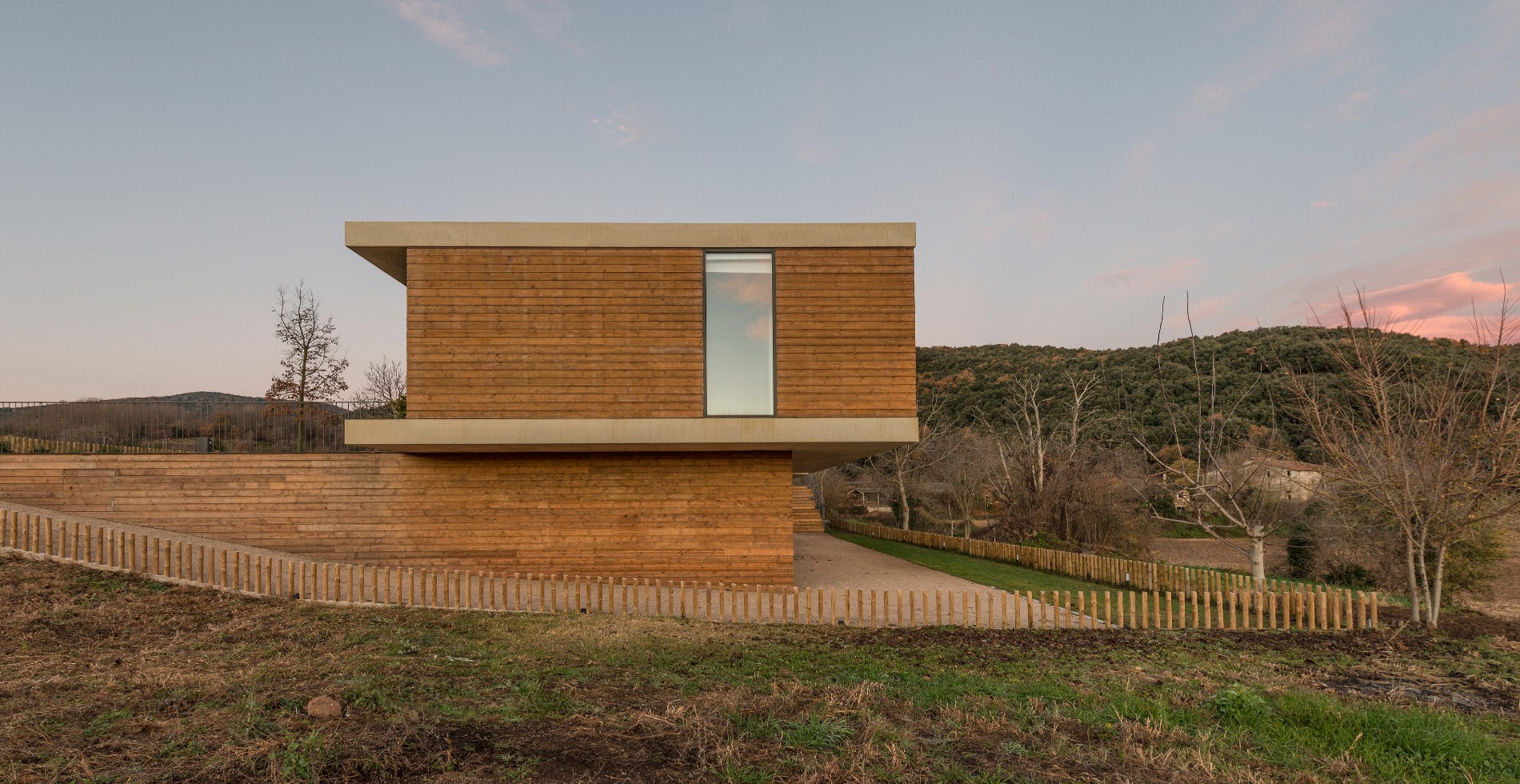 Joan told me that the peregrine falcon has made its nest on the escarpments of Sant Julià.

With its feet on the ground, its body up in the sky and its distant gaze, the falcon house rests confidently on the edge of an immense meadow that serenely goes down to the stream of Sant Martí. Attentive and belonging to the majestic landscape that accompanies it, its horizontal presence is firm rather than haughty.

Two simple materials make up the house: concrete, which is the colour of earth and rock, and wood, which, ephemerally vigorous, has already been released to the passage of time. The concrete, the structure and the will to be, forcefully emerges from the core until it melts at the ends. The wood, which timidly wraps around the boxes and forms a base for the body, today tries to speak softly.

The falcon house feeds on the landscape: the valleys and mountains that surround it are the prey it captures. Its sweeping gaze reaches from the bay of Roses to the reddish escarpments of Sant Julià del Mont, where perhaps a peregrine falcon chick has just pecked through its egg.